Friday Five: The Virgin Ice Experience and Too Much Wine 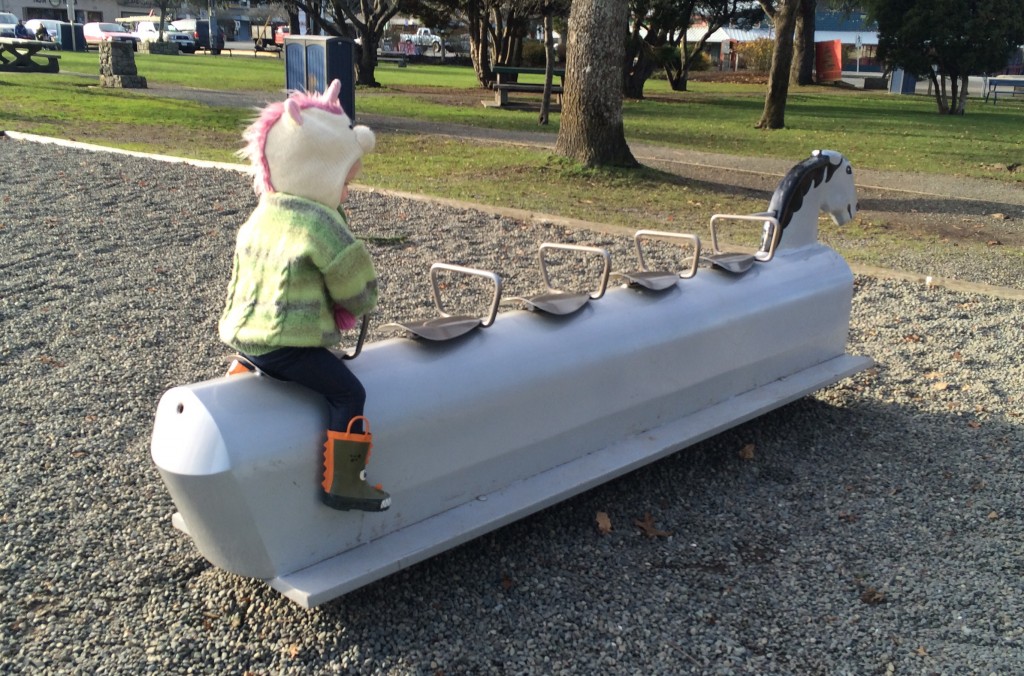 The Christmas season is so much fun! This week has been full of memory-making and awesomeness. Here are my Friday Five favourite memories.

This is last night before heading out for the hubby’s Christmas party, sans baby and ready for wine for the second time in almost 3 years. Not feeling top notch today. #momlife #goingout #thankfulforgrandparents #byebyebaby #letsgogetthatwine

I haven’t been out very much since the wee one was born. This is partly because she’s been a very attached, often breastfeeding babe (up until recently – the end is in sight!), and partly because it’s just not as motivating as it used to be. However, with my hubby’s company Christmas party coming up I got pretty excited about the idea of heading out for an evening of adult food, conversation, and as much wine as I could drink without getting sick. It was wonderful! Grampa and Gramma got the little buglet off to sleep successfully (I’m beginning to think everyone can do it faster and easier than me, now), and I certainly succeeded in making up for lost time with the wine for my second night out and able to drink in over 2 years. It’s so nice to be able to be irresponsible for a night, when you have to be on your game and responsible for other little ones 24/7, 365.

First Time On the Ice

Last Sunday we made a special off-island trip to take Ziggity skating for the first time, as part of our Christmas adventure calendar. While it didn’t last for too long (half an hour was about all we could handle with the cold and the effort of keeping us all up – skating with a toddler makes for a lot of bending over), we all enjoyed ourselves and made a beautiful memory that at least me and Z’s daddy will be able to recall for years to come. Ah, making memories.

She just loves watching herself skate over and over. So much fun! #skating #firsttimeontheice #wintersports #winterfun #littleskater #toddlerlife

I’ve been finding it very difficult to get organized and get up the gumption to go outside into the freezing cold (yes, I’m a wuss, BC winters ain’t so bad) since we returned from our Colombia trip. It was really nice to have one sunny, not-so-freezing day this week where we could pack up without all the outdoor gear and head to the playground for some much-needed outdoor fun.

Yesterday morning we got our first taste of snow this year. I’m unsure whether Z remembers the snow we had last year (she seems to remember everything she’s ever been told, even if it was months and months ago – it’s amazing and a little bit frightening). While we didn’t get to play in it, Z was very excited when I announced that it was snowing outside, when she was having a bath and I glanced out the window. She squealed with delight and got out of the bath immediately so we could go downstairs to watch it out the big window. It melted so quickly on the ground that it never settled in our neck of the woods, but it definitely set the tone for Christmas fast approaching. I’m hoping hard for a white Christmas here. Just a quick dusting of snow that clears up when we want to drive.
(You’ll notice there is no picture of the snow, since there was not much to photograph, but that happy little bather smile happened right before the snow started falling, so hopefully that cuteness will suffice.) 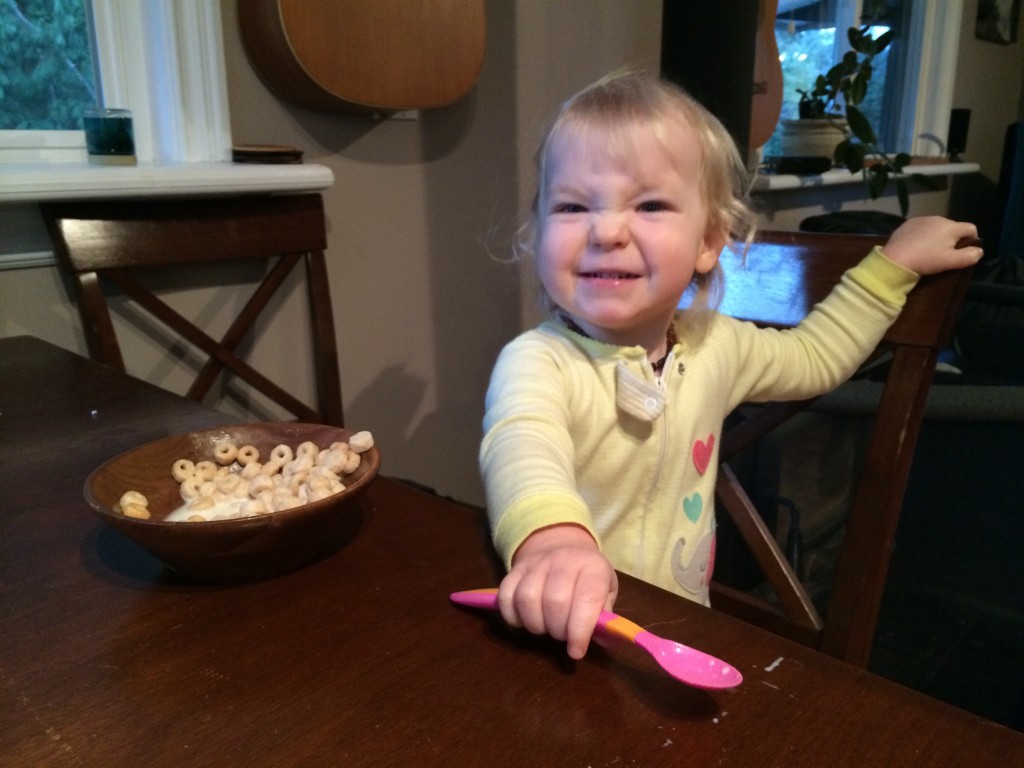 I know I’ve said it so many times before, but my goodness how she’s growing! In the last week she’s started making all these “big girl” choices, like sitting up at the big table to eat, instead of at her kiddie-sized table, and shooing us out of the bathroom when she goes to scramble up on the “big girl toilet” (ie. with no training “Elmo seat” on top). I was surprised she could do it without falling in, but this girl really knows how to handle herself. 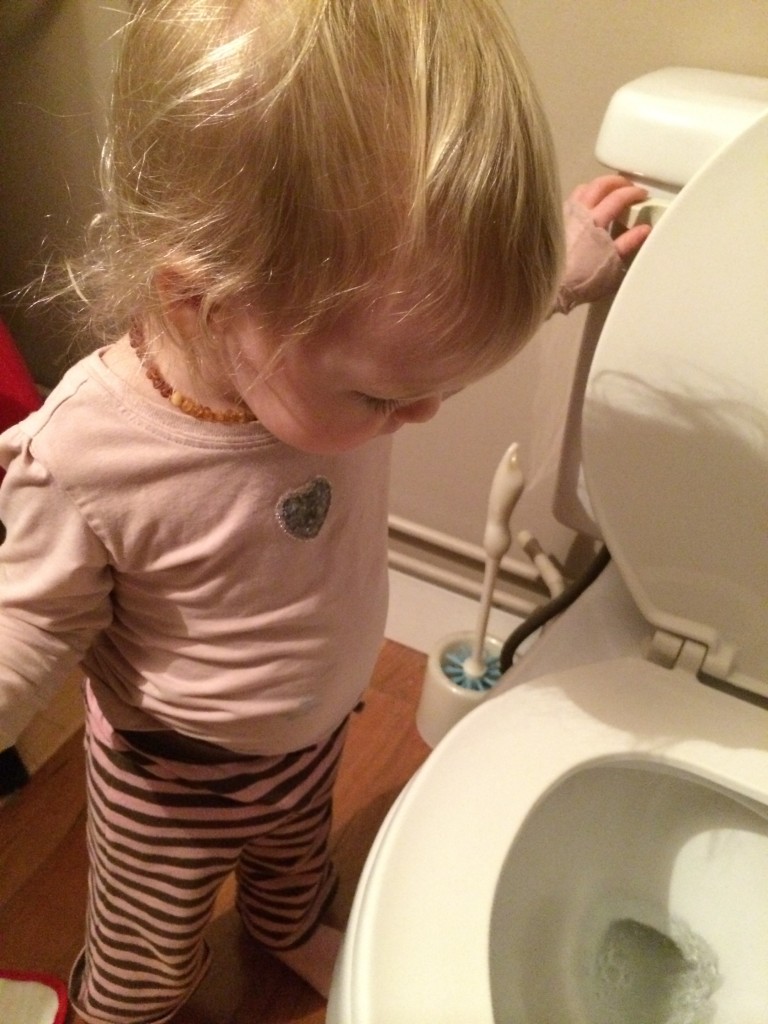 Last night when I was putting her to sleep, she wasn’t quite as tired as I had hoped, and kept cycling through the words and phrases that were bouncing around in her brain. I was shocked, as I laid there beside her, pretending to be asleep, that she recalled a song we had learned at Mother Goose a few weeks ago, and sang the whole thing in entirety over and over again (well, she left out the rolla-rolla-rolla part, but still – highly impressed). I kept thinking “Who is this girl? Is this really the same helpless little bundle of cries and poop that we brought home two years ago? 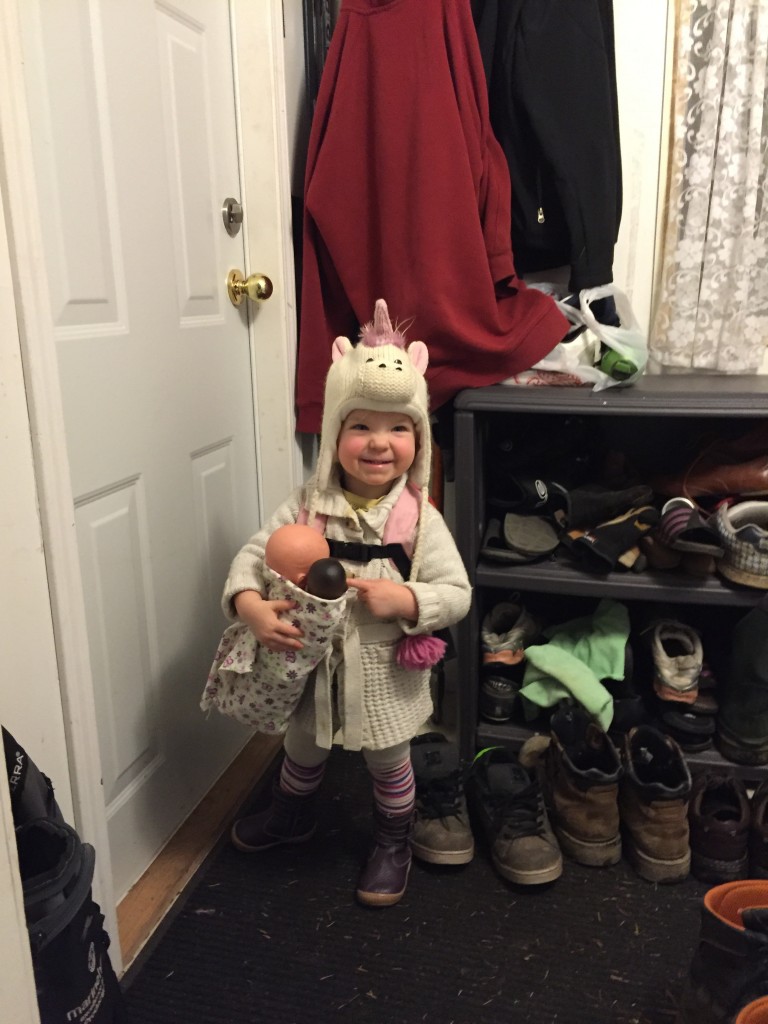 Now she helps us with just about everything, and is starting to actually be helpful with what she does, too (although a lot of times it’s more work, yet happier work). She’s in undies the majority of the time, and can do most of her toileting all on her own. She runs around doing all kind of “nastics” that she learned at gymnastics this fall, and tries her best to impress everyone who comes over. She’s become so much more capable and content to hang out by herself, playing with her dolls, trying on our Christmas stockings, and all kinds of other things you like to do when you’re two years young.

All you mamas with babies that won’t be set down without crying, who have to walk around doing things with one arm (or better yet, with baby in a carrier), it WILL get better. Faster than you think.

How was your week? Did you get up to anything special? I’d love to hear all about it! Comment below or pop on over to The Big To-Do List Facebook page and share the fun! 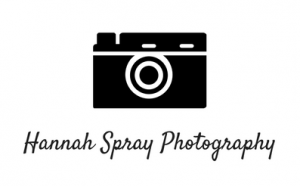 I’m a proud part of these teams: