The Things I Say to My Toddler – Twitter Roundup 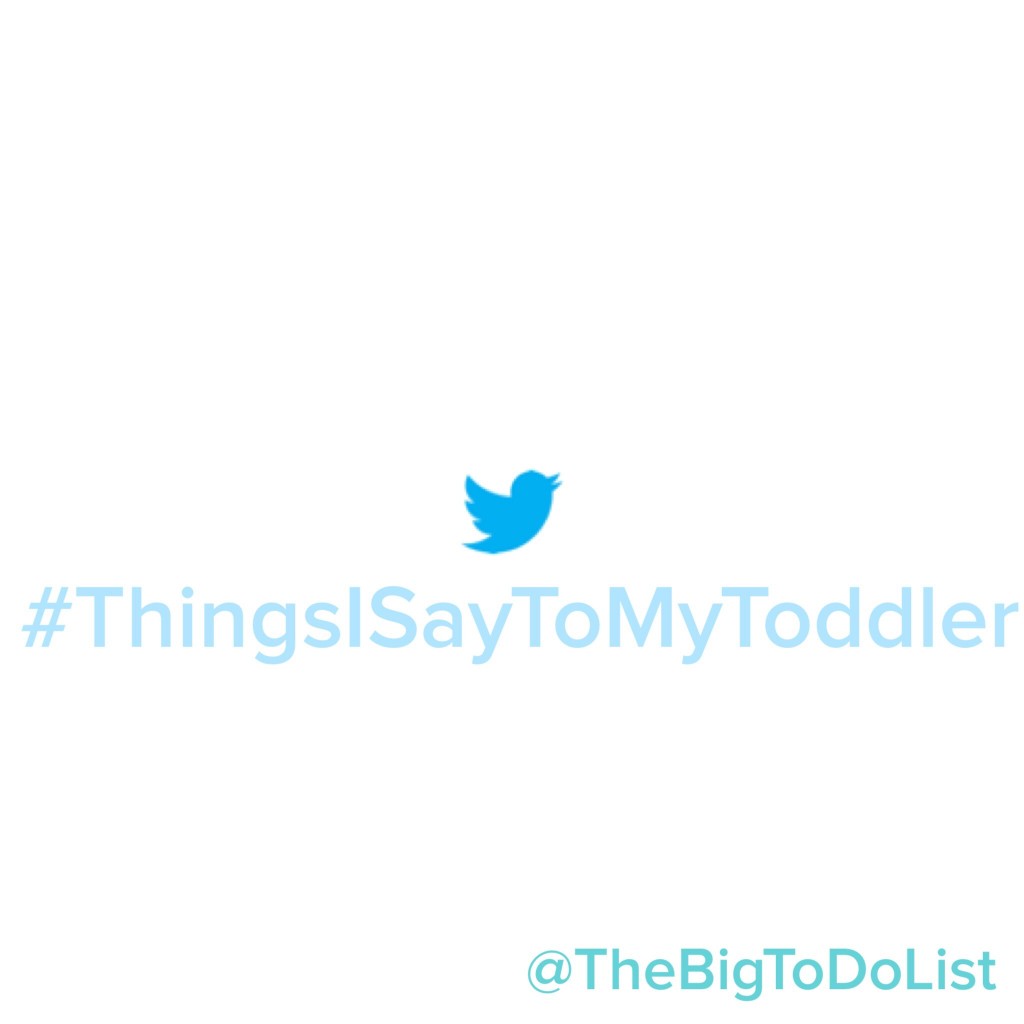 My career as a Mama has only been a short one, but there have already been some interesting utterances of things I say to my toddler. “We don’t ride the cat.” “Get that pony out of your butt!”

Here are a bunch of things that other parents on Twitter never thought they would say, but came out to add a little giggle to your day.

“You must wipe your bottom or you will get a smelly bum and that isn’t nice.” #thingsIneverthoughtiwouldsay No #571 — Katie (@mummydaddyme) May 30, 2014

“You cannot sit in my lap while I am pooping.” #thingsineverthoughtiwouldsay #Hypatia http://t.co/kT5IowGcT7

It’s like those little nuggets of feline fancy are stuffed with toddlernip.

“You need to apologize to your mommy for spitting a noodle into her ear.” #ThingsINeverThoughtIWouldSay — Jonathan Fratesi (@jonathanfratesi) May 20, 2013

#thingsisaytomytoddler: “cracker barrell is not a place to show off your pull ups”

“Mommy’s bra is not your necklace.” #thingsisaytomytoddler

“No, you don’t make out with the couch” #ThingsISayToMyToddler — Dina Mavridis (@DivaMargaritas) April 12, 2015

#thingsisaytomytoddler : “please don’t put that bagel in your pajamas”

I’m sorry but I can’t pour your cereal in your backpack! #thingsisaytomytoddler #mommylife

#thingsisaytomytoddler : “tortilla chips do not belong in your nose”

“Do not put my boots in the refrigerator.” #ThingsISayToMyToddler

I love going potty you should go potty too. #thingsIsaytomytoddler

#thingsisaytomytoddler: get that bacon out of your toes!

You don’t need to serenade your enchilada #thingsisaytomytoddler

We don’t rub chicken all over our body #thingsisaytomytoddler

Should Parents Be Fined and Charged for Taking Children Out of School?
What to Get Mom for Mother’s Day? – Fantastic Mother’s Day Gift Ideas!