Sleeping Bunnies is yet another of the favourite kids songs in the early learning groups I’ve been a part of. I remember singing verse after verse after verse, with different animals and a plethora of children coming and going as my voice became raw from all the singing. Pretending to be asleep, then waking up to hop, hop, hop is just too much fun to miss out on. You should see all the little bunnies hopping around enthusiastically in the middle of the circle when we do this at preschool or Strong Start. 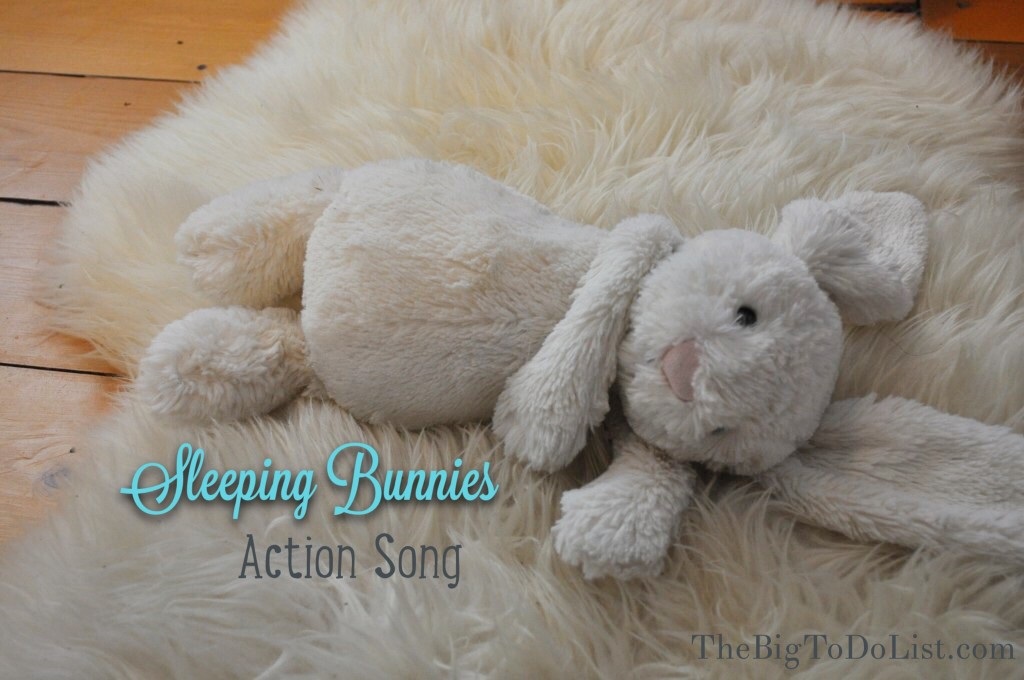 Again, if you see a messy pile in my house, just ignore it. We live real life – with a toddler – here. 🙂

Did you know this Sleeping Bunnies song post is part of a mini-series on my blog (as part of a weekly series called Toddler Tuesday) on music in early childhood? You can go back and read the following posts for more information about the benefits of singing action songs with children, and ideas for fun action songs to try.

Why Sing Kids Songs? The Power of Song in Early Childhood

My Music and Movement Discovery Box

The Elevator Song: Songs for Babies, Toddlers and Preschoolers 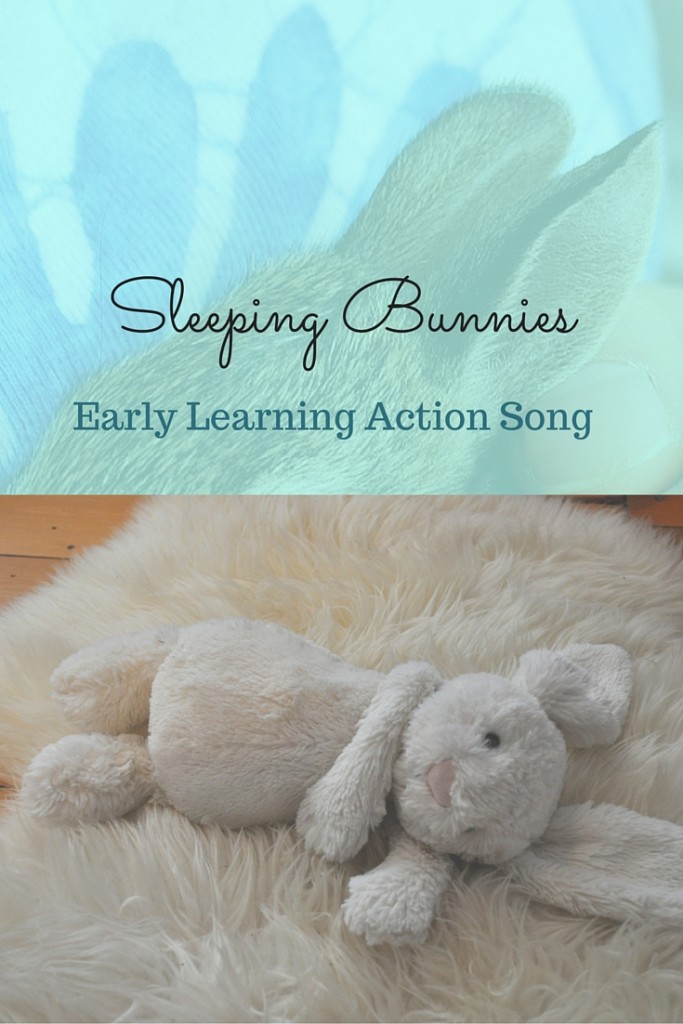 Stay tuned! I have more songs for babies, toddlers and preschoolers coming up each Tuesday for the next few weeks. To make sure you don’t miss them, sign up here to receive weekly notifications of what’s new on The Big To-Do List blog. I’d love to connect with you on social media, too. You can find me on Facebook, Twitter, Instagram, Pinterest, and of course YouTube.

The Elevator Song: Songs for Babies, Toddlers and Preschoolers – Toddler Tuesday
Welcome to the Terrific Twos